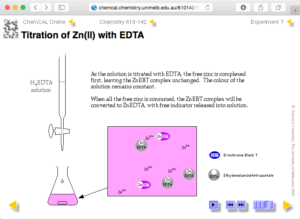 An interactive chemistry experiment in ChemCAL

Matthew has a long background in scientific programming and developing educational software. After completing a Bachelor Of Science with Honours in Chemistry, Matthew stayed on at the University Of Melbourne, joining the ChemCAL project and developing a completely new delivery system to enable its launch on the Web. He adopted a philosophy of building interactive virtual chemical experiments that allow students to see how molecular-scale interactions explain their macroscopic observations in practical work.

In 2004 Matthew completed a Master Of Multimedia at Monash University, and in November 2006 joined archaeologist Duncan Wright on an archaeological expedition to the Torres Strait. Reading about the archaeology of this region, Matthew recognised the need for interpreting Australia’s archaeological record in the context of ancient geography, and was inspired to apply multimedia methodologies to present this archaeological knowledge. Using Adobe Flash, Matthew created an interactive visualisation named Sahul Time, which combines sea-level curves over the past 100,000 years with reconstructions of ancient geography, time-sensitive icons, and site-based visualisations.

In 2008, Sahul Time received funding from the Environmental Futures Network, has been extended to encompass historical and geological timescales, but Flash has become a less-favoured technology for delivery of interactive experiences via the Web.